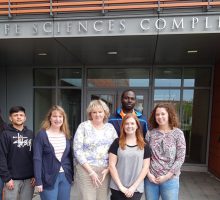 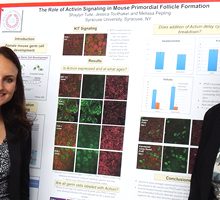 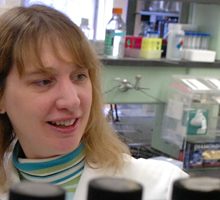 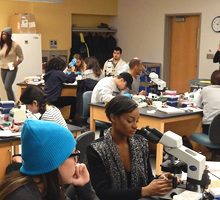 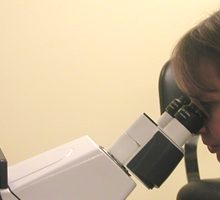 The pool of primordial follicles present at birth represents the total population of germ cells available to a female during her entire reproductive life. Establishment of this source of oocytes is absolutely essential for fertility. Shortly after forming, female germ cells undergo a series of incomplete cell divisions resulting in clusters called cysts. Just after birth, mouse germ cell cysts break down into individual oocytes that are surrounded by pre-granulosa cells to form primordial follicles. During cyst breakdown, a subset of oocytes in each cyst dies by programmed cell death with only a third of the initial number of oocytes surviving. The long-term goal of Dr. Pepling’s research is to understand the mechanisms that regulate cyst breakdown and programmed cell death to establish the primordial follicle pool in the mouse ovary.